Aliveness is not allowed!

About 20 years ago finishing my studies in economics, I was eager to start my first job in the industry. I was full of anticipation and enthusiasm, totally inspired by the thought of finally making my contribution to the greater good after such a long period of learning. Well, what can I say? A few days as an employee were enough to kill my inspiration and my enthusiasm completely. It was not due to the company for which I worked, but due to the concept of “dependent work”, on which our economic and labour system is based upon in general. To make a long story short – I could not stand it more than one year before I started my own business. The fear, to spend the next 40 years in “prison” was bigger, than my need for safety.

At that time, I thought that probably there is something wrong with myself. I thought that I was just not able to adapt in a way that I could function in this working concept. Today I know that there is much more about it. Meanwhile, I have found out that I am committed with my whole being to the principle of “aliveness” and that my true job is to clear the way for aliveness. No wonder, that I had the feeling of suffocating, because our prevailing economic and labour system avoids aliveness like the plague. Aliveness is unpredictable and therefore unconsciously considered as the number one killer of productivity and profit!

The paradigm of productivity began with the industrial revolution in the mid-18th century. The invention of the steam engine changed our whole culture. Suddenly we were able to generate production processes that made us supposedly independent of the whims of nature, of the chaotic and non-linear factors of life. Machines became a symbol of controllable performance, productivity and growth. This led us to the belief that we can control life itself using technology, in order to increase productivity and to maximize profits (or comfort). We started to manage aliveness with control. This new way of thinking and acting quickly spread in all areas of our lives and has become our accepted normality, which we no longer questioned. And it worked! At least if you consider the loss of life/aliveness as a small sacrifice for high profits or comfort.

In companies, typical “machine-like” organizational structures formed out, which are still common today. All the players, who used to be individual people in normal life, are pressed into the positions, shown on the organization chart, as soon as they become part of the organization. Organization charts represent the official, linear and hierarchical relationships and communication structures in the company. They are clear, concise, and generally serve to minimize friction or increase productivity. And they are one thing above all: linear, static and dead. They don’t care about the aspect that the positions in the chart are represented by real people who have or make real relationships with other real people – and for completely different reasons, as scheduled by the chart, like e.g. sympathy, similarities, personal interests and even love (a lot of couples get to know each other at their workplace!).

People in organizations are not considered as living beings, but as an assessable and controllable resource (Human Resources). They have to play a certain role according to their position in the organization chart. During working hours – which is well regulated – this resource has to “function” like a machine. Whenever possible, manpower is even replaced by machines. Signs of aliveness, such as e.g. showing feelings, talking about private issues, personal transformation etc. is considered as unprofessional and is not tolerated. Even talents and qualities that go beyond the job description are usually neither used nor considered as valuable. Like cogs in a gear, each player has his tasks. Two things are needed to make this “mechanical” style of cooperation work. First, it is necessary that the players park their aliveness at the attendance clock or in the dressing room, so it does not get in their way during working hours. Since life cannot be so easy held down by one’s own will, the second necessary thing is a strong supervisory authority in the form of hierarchy and managers as well as controlling and reporting. All this shall make ensure that all the players are doing their assigned job and nothing else. Since the managers also have to function, they also need a supervisory authority by superiors, etc.

The school system served as preparation for a live beyond aliveness

From this point of view, even our school system made sense for a long time. It was just a preparation for a working life in which aliveness is not wanted. School as it worked so far, was a perfect training for a future as a cog in the gear. Not only regarding the contents we learned at school, but above all by the fact that we learned to sit still, to suppress our natural impulses, to be quiet and to submit to the authority. We learned the strategy of the lone wolf, competition and rivalry, rather than cooperation. We were well prepared for what awaited us at work. 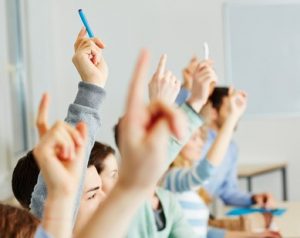 And these are just some examples of how aliveness was declared as an enemy and replaced by control in our patriarchal capitalistic culture. The agriculture with monocultures, land clearing and industrial livestock farming, which can be maintained only by the massive use of fertilizers, pesticides and antibiotics or medicine itself with genetic manipulation and therapy methods such as radiation and chemotherapy are further examples of this principle. The term antibiotic says it even literally, anti-biotic = against life! 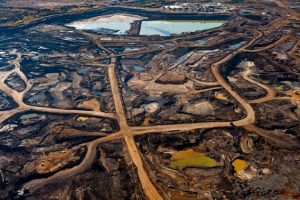 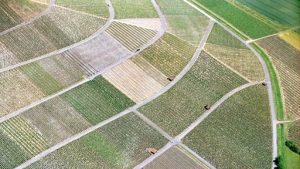 There is no life without aliveness!

Interestingly, our belief that the use of technology and control and the suppression of aliveness lead to more productivity, in the long term has proven as an error. The increase in productivity is only a short-term effect and has the opposite effect in the long run. Not to mention the immense use of energy and resources that are necessary to keep aliveness at bay. The resulting processes are becoming more and more complicated and vulnerable and can hardly be handled anymore – at least not with linear methods. Meanwhile, we begin to realize that this kind of thinking and acting has its limits. Because managing life by control, goes along with heavy side effects, which in the long term can even lead to death, including the extinction of the human species. The paradigm of infinite growth on which our economy is based, slowly but surely proves to be a narcissistic madness, which contradicts the law of nature and of life itself. Infinite growth is nothing else than the short-sighted principle of cancer, feeding on a living ecosystem, regardless of the fact that it destroys itself by destroying the ecosystem. Our culture is not sustainable! And this fact currently becomes more and more visible.

More and more people are waking up, become aware and start to explore different paths. In the movie “TOMORROW – The world is full solutions” there are a lot of examples of people teaming up and experimenting with new approaches regarding agriculture, energy supply, democracy, school system, etc. Interestingly, these new solutions are mainly oriented on what nature shows us and on the laws of life. Instead of controlling nature, nature is taken as a model, because nature with all its chaos offers sustainable and long-term solutions. Aliveness is no longer the problem, but the solution. The approaches shown in the film are based on certain principles, which are completely contrary to the principles on which our ordinary and unsustainable approaches are based.

The problem is the solution – the organization as a living organism

What can companies and the working world learn from these principles and new approaches? First of all it is necessary to change the perspective we were imprinted with since school time. Aliveness is not the problem! Aliveness is the solution! In the past companies were about the controlled, competing interaction of mercenaries working like machines, who took off their aliveness at the entrance door of the company and played a professional role for which they were paid, to obey the paradigm of infinite growth, which particularly served the head of the company or the shareholders. The flawless interaction of cogs in a gear became the symbol of this way of working together.

In the future, companies could rather be about building an ecosystem of alive and diverse individuals in the sense of permaculture, which use their talents and qualities within self-organizing networks in creative collaboration and autonomy, to achieve common objectives, which they are inspired and enthusiastic about, serving a common purpose. A functioning vibrant ecosystem is flexible and able to temporarily compensate breakdowns. Leaders would then no longer have to control everything, but serve as part of the team as so-called space holders, to make creative collaboration possible. Rigid hierarchical structures would be obsolete, and even an obstacle. Each player would be aware, to be an important and useful part of a living system. This interaction would be based on a high level of awareness, personal responsibility and autonomy.

The according prerequisites are naturally existing in any human being, just waiting to be activated. However, in order to be activated we would need a different kind of training and different skills than those currently provided by our education system. And it takes courage, to go different paths far from the mainstream and the accepted scientific doctrine. Are you ready to take that risk and to use your aliveness to create a sustainable culture together with others? You see, there is a lot to do and to invent!

What if you would stopp giving your talents, you energy and time to corporations and a system, which do not care about the divers live on this wonderful planet and instead give them to GAIA the living planet Earth? Actually GAIA is hiring! Become a member of the GAIA Team.