Star Wars Lesson #1 – On your way to your destiny you have to pass through your underworld! 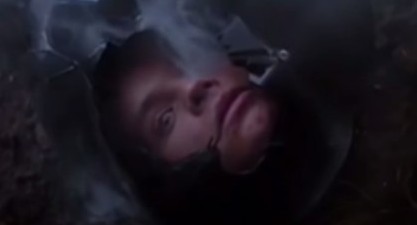 Doing my coaching work I meet a lot of people, who have no idea at all what they are really capable of. Perhaps you think now that I am talking about talents and qualities. Yes, it is also true that often time people don’t know about their talents and qualities, because they are educated to be modest and not to be a poser. In addition our education system makes it difficult or even impossible for us to find out, what special talents we are gifted with. But I’m talking about something completely different, when I ask you, if you are aware of what you are really capable of. The thing I am talking about is at least as crucial for living your destiny as your talents are. I’m talking about your underworld – your shadow parts!

And with shadow parts I also do not mean the little weaknesses we normally talk about in job interviews. Your underworld is about the dark, normally unconscious and irresponsible parts of your personality, undermining your life as long as you have no consciousness about them. As long as you are not aware about what you are really capable of – and I mean this in the worst sense of the word – you are either a walking time bomb or nothing else than a dud with no impact. As long as you do not possess your underworld, your life will either have no effect at all or even worse, it will have an effect which you do not like (see #4 of my article: “8 factors that keep us from leading a purpose driven life”).

To take possession of your underworld is not only a prerequisite for living your destiny, but also a part of the initiation process into responsible adulthood in general. Unfortunately modern western culture does not provide this process for us when we grow up. Nevertheless the knowledge about it is still completely present – at least within our stories, be it the old stories or even the new, modern stories. A good classical hero’s story contains a journey into the underworld and a battle with the (inner) demon. And only after his journey into the underworld the hero develops the strength he needs to fulfil his destiny. It applies for ancient heroes, like Hercules or Odysseus as well as for our modern heroes, like for example Luke Skywalker from the Star Wars saga. 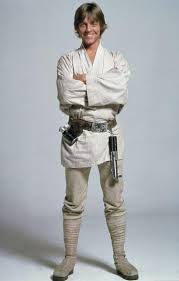 At the beginning of the story Luke was a pretty nice guy, with his head in the clouds, dreaming of adventures. He was really likeable, very naïve and mainly one thing: perfectly harmless! His life had no impact – it was determined by the circumstances he lived in. Then, suddenly bereft of these circumstances by a “stroke of fate” he starts his hero’s journey – which is just a different name for his initiation into adulthood and into his destiny. On this journey Luke discovers his qualities and hidden talents, which he trains and refines more and more, supported by mentors and teachers. Like that he transforms step by step from the nice and harmless guy to a bright hero. But there is still something missing – Luke is not yet aware about what he is really capable of – about his inherent power. He is not aware about himself having not only the positive and bright hero part, but also the evil, malicious and cruel shadow part, which he so desperately hates and fights against in the outer world in the figure of daemonic Darth Vader.

And as he does not yet know this power, his own evil side and perhaps even denies this fact, he cannot completely fulfil his destiny. He first has to conquer his inner demon and to accept that this demon is part of himself, before he is able to conquer the demon outside of him – which is part of his destiny. Luke has to discover his own underworld before he is ready to meet Darth Vader as an equal opponent. His mentor Yoda sends him on this journey and Luke asks: “What will I find there?” And Yoda answers: “Only what you bring yourself …”.

In his underworld Luke meets his arch-enemy Darth Vader and realizes: Darth Vader is part of himself – his evilness, his lust for power and his cruelty are also part of himself. He becomes aware that he is no harmless boy with a laser sword, but that he is also capable of killing and producing immeasurable suffering. This painful realization gives him the ability to distinguish between good and evil and to make a conscious choice between the bright side and the dark side of the force. The choice of an initiated, adult man. Because to be aware of what he is really capable of is a prerequisite for him to fulfil his destiny. 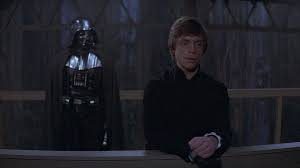 Recently I read a Facebook post saying: „Spirituality is not about being positive. It is about being conscious.” Some New Age disciplines however promise that there is a short cut on the way to enlightment. They totally deny the underworld or they demonize it, trying to get rid of it. You only have to meditate enough and be positive, so that the evil has no power over you. Good luck! The problem is, the way to enlightment leads directly through your underworld, no matter if you are aware of it or not. You may have the noblest objectives, trying to fulfil your destiny and save the world – and already at the first street corner you meet the king of your personal underworld – in Possibility Management called Gremlin. Perhaps in the form of first doubts coming up in regard of your destiny. Or in form of the thought coming up: “There has to be an easier way! I only have to find the right idea and I will make a lot of money.” Or your perfectionism takes over and convinces you, that you are not good enough for the job. Or you start to see yourself as a poor victim of difficult circumstances, making it impossible for you to fulfil your destiny. You really wanted to do it, but it is just not possible. And then you return to a life of mediocrity and start to blame your weakness or the others or the circumstances for your failure. Do you know what I‘m talking about?

That is nothing else than your underworld, your Gremlin, unconsciously undermining your objectives. Because as long as you are not aware of the irresponsible games you unconsciously play, to avoid responsibility, you don’t have the choice between the bright side and the dark side of the force! As long as you believe you are harmless, your life will be harmless and have no impact. If you really want to follow your destiny, it is time for you to venture the journey into your personal underworld.

May the force be with you!

P.S.:   Discover the Jedi within you! The Possibility Labs are similar to a modern Jedi training. There you also have the possibility to go on your journey into the underworld and conquer your inner demon within a safe space. Prerequisite to attend to Possibility Labs is the Expand the Box Training. Look for current events in the events calendar or on www.nextculture.org.