The trouble is you think you have time! 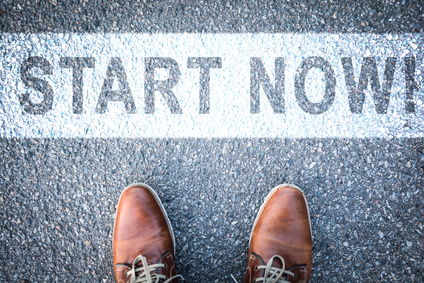 If you think you have time you’re wasting your life

Some days ago I attended a talk of Prof. Dr. Guy McPherson, an American professor emeritus, who made it his business to broadly inform people about the coming climate catastrophe. The talk was taking place in Munich and I had the idea that there will be at least 100 to 200 listeners attending. Ha! Guess how many there were! I’m not good in estimating, but surely there were not more than 35 people. Just imagine – in a modern city like Munich with more than 1.4 Mio. residents in an ecology-minded country like Germany only 35 people attend a talk about climate change. Ok, the talk was in English, and the host perhaps did not make enough publicity and it was Saturday at TV prime time … and nevertheless: 35 out of 1.4 Mio. is just about 0,0025 percent! Isn’t it unbelievable? I think this lack of interest is due to something completely different.

The problem is that we believe we have time. I think people are not coming to a ruthless talk about climate change, because we don’t want to be reminded of our mortality. We rather want to ignore that part of life because it would call on us to use our life time, of which we do not know how long it actually will be, intensely and do the things which are close to our hearts.

Bronnie Ware, an Australian nurse, caring for patients during their last weeks before dying, started writing down what dying patients regretted concerning their life. The most popular regrets were:

Another quote could be: “I wish I had followed my calling.”

The message of Prof. McPhersons talk was simple: There is climate change and we cannot do anything about it anymore. It is already too late to stop it because we already passed the tipping point. He estimates that within 18 month earliest and 20 years latest civilisation as we know it will collapse, that means e.g. no more gas at the petrol station, no more food at the grocery store and no more water coming from the tap. People will stop going to work and instead will care for their families and so on. And which advice does Guy McPherson gives us at the end of the talk? Shall we buy and hoard provisions or build a refuge or go for more recycling? No – his advice is to focus on the things that really matter in our life: our relationships, our calling – in short to live a life, we won’t regret in the end. He calls it a “life of excellence”.

I felt disillusionment at the end about the hopelessness the talk produced within me. But it was only for a short moment. Then it became clear to me: disillusionment is a valuable thing, because it frees you from illusion and says: “Wake up and do, what has to be done! It could be that you don’t have so much time anymore!”

Perhaps now you’re asking me: „What if Guy McPherson is not right? What if we invent something, to stop the climate catastrophe and even mend it?” Yes, what‘s then? „Puh, that was a close shave“, or what? In that case we‘d still have a lot of time left and could continue doing what we always did, or not? In that case we wouldn’t have to change anything, or not?

And exactly that is our trick – or at least the trick of our box, our survival mechanism. We imagine that we have a lot of time. I remember my parents always talking about what they would do in the future as soon as they retire or as soon as we children will have left home. My mother thought she still has time. Now she is living in a nursing home with Alzheimer’s disease, which started with her retirement. The passengers of the recently crashed down Germanwings flight surely thought they would still have time.

So, regardless whether Guy McPherson and all the other climate researchers are right or not – sooner or later we will die! Perhaps not of climate change – perhaps even peacefully in our own beds at old age. We cannot know when it will happen! Could be tomorrow! There is no real alternative for living a meaningful life – that’s not a question of climate change! Being able to live a dignified life according to our truth, knowing that death can happen at any time, is the purpose of initiation into adulthood. It is part of becoming adult.

The question is, what must happen so that you begin to live a life, you will not regret at the end? What must happen that you give up the illusion of having still a lot of time to do the things that matter?