To change your life, it only needs a decision 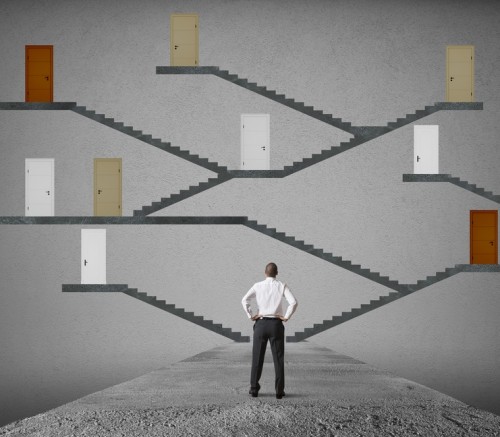 If you do not choose consciously, you choose unconsciously – but it is still your own decision

There are three secret forces, inherent to all human beings. Secret because we normally do not consider them as forces, we possess, to make a difference. Nobody told us, that it is transformative forces, we can use at any time and without preparation. If we really perceived them as forces and if we consciously used them, the world as we know it today would probably look different. I bet, that you are already curious, what three forces I am talking about. Ok, so here they are, your three powerful tools to change the world:

I like to talk about the first power, the power of conscious choosing. Sometimes we have a very ambivalent attitude towards choosing or decision-making. On the one hand as so-called adults of course we want to have the choice and make our own decisions, rather than getting orders, that we have to follow. On the other hand there is a part in us, that likes the freedom of choice but want’s to avoid the responsibility that goes along inseparably with any decision. This dilemma of ‘freedom: yes – responsibility: no’ usually leads to the fact, that we push our power of decision into unconsciousness or that we just give this immense power away. The result: we live a powerless life without impact and become a victim of circumstances. There are three aspects, which – if we get clarity about – allow us to reconquer the full power of choosing.

We are constantly choosing and deciding – without being aware of it. From the moment when the alarm clock rings, up to the moment when we fall back to sleep at the end of the day – the entire time, while we are awake. But, are we really awake? If we were really awake, we would be aware of our decisions or would choose consciously. So, the alarm clock rings and we stand up – without us being aware that we have just chosen, to stand up, rather than to sleep a little bit longer. Or we decide to remain in bed just for some more minutes – which perhaps needs a little more conscious decision. But as soon as it becomes a little bit hectic later at breakfast or we stand in the daily traffic jam, we often have already forgotten, that it was our decision, to sleep a little bit longer, and we start complaining about the traffic or our working hours. Freedom of decision: yes – but no responsibility. This is simply because in our culture we consider responsibility as something negative. We equal responsibility with guilt and if we are guilty, we will be held accountable and we risk to be punished.

Like this it goes on the whole day. We decide unconsciously or simply forget, that we have decided ourselves, so that we are not guilty and we easily can complain about our stupid boss, our boring work, the slow staff at the supermarket, our inattentive husband or the dull television program. We are just poor victims of circumstances. We even go further by telling ourselves, that we have no choice at all – after all, we cannot control what’s coming on TV, as we’re not making the program!
That is one option. The other alternative, to avoid the responsibility associated with choosing, is hesitation and procrastination or simply not making any decision. It is also a very paradox approach, because not choosing is also a decision.

Both versions, the unconscious choosing and the denial of choosing have one thing in common: in both ways we choose, but give the power that is connected with the choice to another person or to a situation, by trying to avoid the responsibility. The key to regain the power of decision and to change the position from the victim of circumstances to the creator of our own life, lies within our attitude towards responsibility. As long as we see responsibility as something negative, we will not be able to use this power and give it away. And as long as we draw a hidden profit out of being a victim of circumstances, we will not want to have this power back. The clou: even here we have the choice – we can decide, what attitude we want to take towards responsibility, which meaning we give to it. Responsibility could in fact also have the meaning of freedom rather than of guilt. When we are ready to bear the consequences of our actions, without loopholes and without exception – I know that sounds pretty scary at first, but it also brings us immense power of acting. Responsibility from this perspective can also have the meaning of power and the ability to create, to have an impact, to change something.

So, which meaning of responsibility do you choose? Do you really want to have the power of choosing back? Even if it means giving away the profit of being a victim of circumstances?

We have also learned, always to deliver a good and logical reason for our decisions.
“I don‘t go running today, because it’s raining outside.”
“I cannot come eating ice cream with you at the weekend, because I still have so much to do.”
“This year I go to Chile for vacation, because I have friends there, that I will visit. “

Whether we give these reasons for ourselves or for others – to make a decision without reason, seems unnatural to us. Simply because we are so much used to it. Our decisions should be justified to us or others, we do not want to offend someone with our decision, we want to look good in front of others and ourselves, etc.
But if we take a closer look: where does our power go when we give a reason for our choice? Let‘s just compare it:
“I don‘t go running today.” (full stop)
“I don‘t go running today, because it’s raining outside.”
Where is the power in the first statement? Where does the power go in the second statement? In the first statement, the power of decision lies with me, in the second statement the power goes with the reason. So, similar to the unconscious decision or the denial to decide, we also give our power away, in this case to the reason for our decision.

How would it be for you to just choose without a reason? Can you even imagine it? Try it and notice the difference.

Choosing from what is not offered

Another conditioning we suffer from is our belief, that we only can choose from what is being offered. This conditioning is so deeply implanted, that we do not even notice it, because we still have a choice. And so during our whole live we choose from the things that are offered by the ‘Mainstream’, without thinking about other more meaningful possibilities.

We select from the types of schools that are offered to us, without checking whether they make sense for our children. After school we choose an apprenticeship or studies in accordance with the existing lists or professional degree programs, although we perhaps are interested in something else, which doesn’t exist as a study program. So we try to somehow fit in the existing structure, rather than to create our own structure. Then we try to find a job in the job advertisements on the Internet or in the newspaper that fits as well as possible to us. We choose from the given television program, from what fashion and trade offers us, etc. Even in the restaurant we usually stick to the menu and do not dare to make a special order. We do not want to be rude or out of line. And so we waste our power to choose often to mediocrity and compromise, rather than to decide for our passion, enthusiasm and our destiny.

But what if our individual vocation does not exist in the official job lists? What if our passion, the fire that burns in us, is not offered in an official study or training program? What can we do? Do we just have bad luck then? Well, that’s one option. Or we begin to choose from what is not offered, and start to create our own study program. Ok, probably we will not get an official degree for that study program. But if there is already no official study program, which corresponds to our passion, then our job as well will not be a normal, accepted job. It takes courage not to stick to the menu. That is the price we pay, if we want to live our lives according to our lively and passionate visions. And conscious choosing is one of our most powerful tools to achieve this.

Are you willing to pay that price?

“Until one is committed, there is hesitancy, the chance to draw back. Concerning all acts of initiative (and creation), there is one elementary truth, the ignorance of which kills countless ideas and splendid plans: that the moment one definitely commits oneself, then Providence moves too. All sorts of things occur to help one that would never otherwise have occurred. A whole stream of events issues from the decision, raising in one’s favor all manner of unforeseen incidents and meetings and material assistance, which no man could have dreamed would have come his way. Whatever you can do, or dream you can do, begin it. Boldness has genius, power, and magic in it. Begin it now.”(Goethe)

Here is an example of choosing what is not offered: